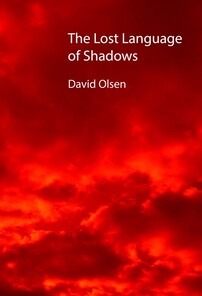 The Lost Language of Shadows (2022) from Dempsey & Windle

The first of two sections is titled Dramatis Personae. Its poems are mostly portraits or personal narratives of the sort found in Robert Lowell’s Life Studies. The second section, The Lost Language of Shadows, deals with issues of war and peace, social and economic justice, and environment and climate change.

Anyone wishing to purchase a copy can obtain the author's email address by visiting the Contact page.
​

There is much that is poignant in David Olsen's fifth full collection. An eye for detail successfully allies his precision to a natural tenderness, and the particular with the universal. He is a sympathetic and humane observer of a world in which humanity is often confronted by the unpredictable. As alert to nostalgia as he is to suffering, and the vicissitudes of recent history, he still finds time to linger on life's everyday delights, or to speculate in passing on a snow angel having an afterlife. A beautifully written and deeply thoughtful collection.

~ Paul Surman, author of Places, Seasons of Damage and Beauty, and The Ghostly Effect


Readers' Comments on The Lost Language of Shadows

We have read through your latest compilation with great pleasure and appreciation.  We took turns at reading the poems aloud and then discussing each one. We both especially like the second section, but all - like your previous books - are clear and telling and tend to leave a subtle flavour in the memory. Your writing comes from a deeply sensitive and clever mind.

In Dramatis Personae one immediately rang a bell with me – ‘L’Heure Bleue’ with its mention of ‘Evening in Paris’ scent, which my mother used, too.

We found the sadness of ‘Before me a Desert’ and ‘Spring Blush’ most affecting.

The Last Language of Shadows – the section – kicks off with two stunners. ‘Flora of Arras’ is as disturbing and distressing as much of the poetry that came out of the First World War, including that of Edward Thomas himself. It is a little gem of a tour de force.

‘Duty of Care’, describing those heart-breaking ranks of white headstones, paints a panorama repeated in miniature in our village graveyard, where there are two ranks of servicemen’s graves, with grass and perennial beds tended exactly as you describe.  The couple of rows here, in this tiny, quiet village, reflecting the acres and acres at Bayeux, somehow enhance poignancy.

‘Passchendale Farm’ is another thump to the heart when you get to the final line, the earth ‘unnaturally fertile and black’. And not only because of the thousands of tons of nitrogenous ordnance that fell…

And finally, ‘Uncharted’. We both liked this one very much, although it’s a cold, bleak stare into the eye of reality.